We call them “gomboți” here, in Ardeal. The name originates in the Hungarian language. When we talk to people from the rest of the country, we call them “găluște cu prune” (plum dumplings) to make sure they understand us. I haven’t eaten this dessert since last month and I haven’t made it since 2002. Maybe this is why they don’t look very yummy. It’s alright, repetitio mater studiorum, sly (this is what I tell myself sometimes), I will repeat the operation at the end of the week in order to practice while I can still find plums I the market place. Ugly or not, I’m still going to show them to you, as promised. Here they are: About 700 grams of potatoes (4 potatoes, boiled in skin, cleaned and mashed), a cup of white flour, an egg, a pinch of salt, two tablespoons of oil. Well kneaded. 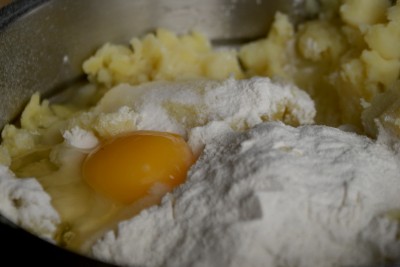 I obtained a dense, compact and rather sticky dough. A trick for extra flavor: add to the dough the seeds of a vanilla pod, a teaspoon of cinnamon or grated lime zest. You might enjoy it. 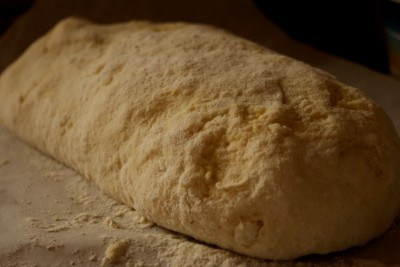 I removed the plum pits. I I hadn’t found sweet plums, I would have added two-three tablespoons of sugar over them and I would have left them rest for a quarter of an hour. 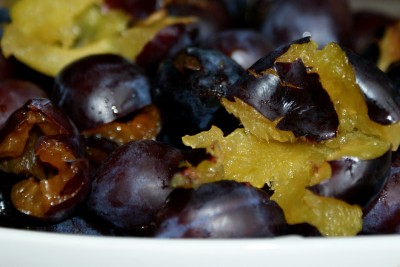 I made small dough disks which I gently stretched… 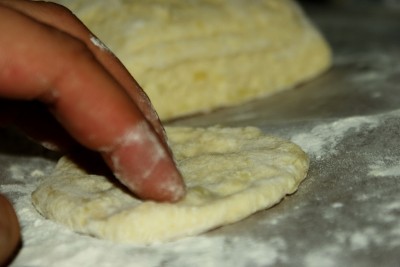 …I put half a plum in the center of each disk… 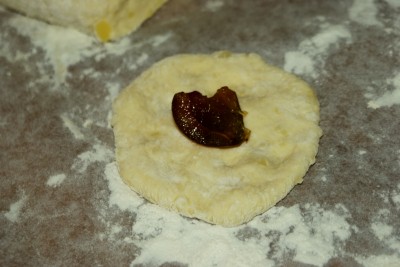 …I sealed the plums inside the balls of dough… 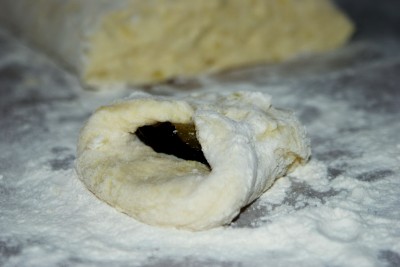 …and I shaped them to be almost round. I boiled them in water in which I put two tablespoons of sugar. The water mustn’t bubble or the dumplings can be ruined. They are done after 5-7 minutes, after they rise to the surface of the water. 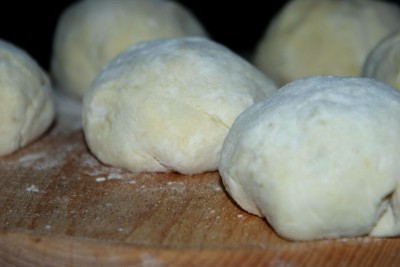 I have the bread crumbs ready. This means that I mixed it with sugar and cinnamon and heated it. I didn’t roast it, I simply heated it. It’s healthier and, additionally, I just want to amplify the flavor of the cinnamon, so there’s no point in burning the bread crumbs. 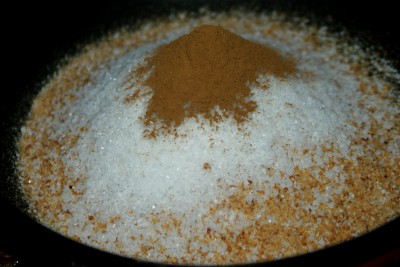 I rolled the dumplings through the bread crumbs. That’s it. 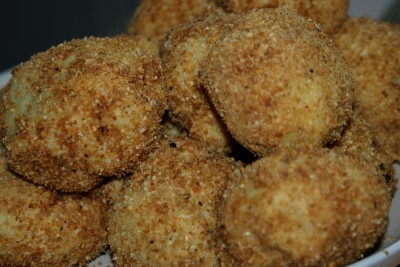 They weren’t bad at all. 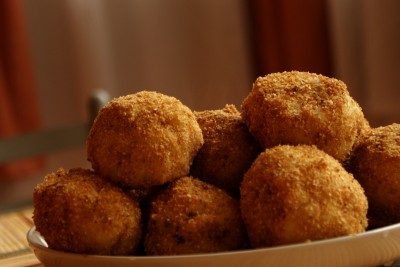 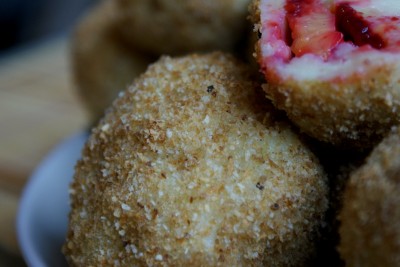